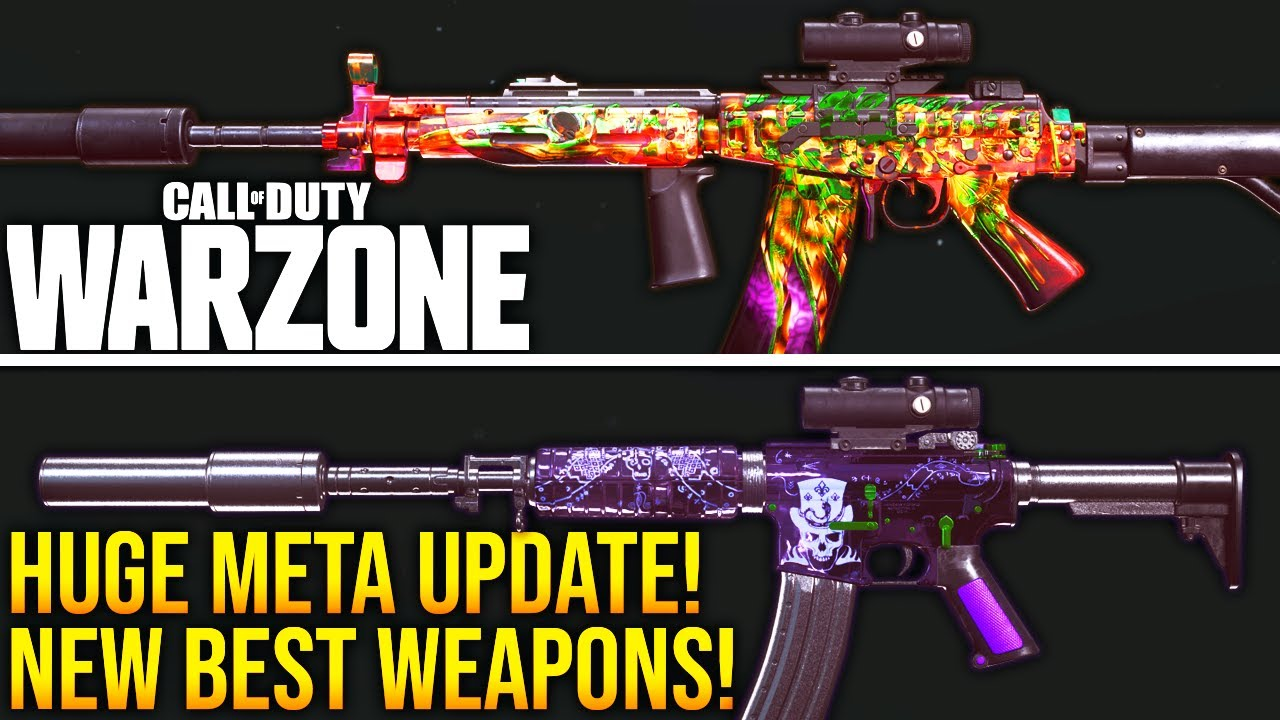 Which weapons in Warzone are the most effective? The majority of guns will get you through the early game, but as the competition heats up, you’ll need a more powerful weapon later on. While impressive numbers are crucial, you should also try out several firearms to find the best fits your playstyle.

Finding a suitable gun worth the cost of the latest weapons may be difficult to choose from about 60 weapons. We’ll discover how to unlock the greatest Warzone weapons.

Most Favourite Weapons in CoD Warzone

Following firearms are the most popular among all CoD warzone battle royale weapons. Players strive to discover the greatest weapon during the game to outperform their opponents. Put your seatbelt on and take a close look at these famous Call of Duty warzone weaponry.

The submachine gun fired from the shoulder is a low-energy pistol round chambered small-arms weapon. The MAC-10 and MP 5 are the most popular SMGs.

The MAC-10’s disastrous entry into Warzone caught everyone off guard. As MAC-10 is the best gun to kill enemies at incredible speed, yet it remains one of the game’s finest SMGs. After completing Tier 15, you can unlock this MAC-10 weapon.

You may also unlock it by completing tasks, such as killing two or more players in 15 separate matches while utilizing SMGs. Because it’s an SMG, the Mac-10 deals a lot of damage and has much ammunition.

MP 5 is the most excellent option if you want little recoil in a quick SMG. MP 5 comes in two varieties, one of which is unique to the COD warzone. The variant that came with the CoD warzone game from the start unlocks at the superficial level of 4, which means you’ll be able to get the standard version of the MP5 in no time. The MP5’s Warfare-specific design prioritizes speed and agility over all else, allowing you to gain the jump on your opponents in close quarters.

In Warzone, choosing a burst-fire weapon may not be your first inclination, but the M16’s ability to quickly shoot down opponents may convince you otherwise. In Call of Duty: Warzone, the M16 is unlocked quite early on. You can unlock M16 after reaching level 10. There is nothing that you cannot achieve. After opening the gun, it will help you to proceed in the game without getting defeated further.

The DMR is the gun that, when first released, was not the best of all, but it’s much better today. This weapon is only available at level 49, so you’ll have to grind some XP to get it. However, keep in mind that Warzone and Cold War share the same leveling system, making it simpler to obtain the best gear.

This knowledge of weaponry will enable you to play more quickly. These unlocking strategies will assist you in becoming a gaming pro. Said, put forth your best effort.